Published by Calgary’s Freehand Books, the new novel has already won the John V. Hicks Long Manuscript Award. It is mainly set in Saskatchewan and centres on a character named Sylvie, a woman who makes decisions that will “have reverberations for years to come.”

“If Sylvie Had Nine Lives follows a woman through the adventures and misadventures of nine parallel lives over a span of 40 years,” said Theis. “Sylvie is funny, sly, sensual, and flawed. She makes some tragic decisions along the way, and some good ones, too.”

Why give the character nine lives? Because one is never enough for Sylvie, said Theis.

“The book is a ‘novel in stories.’ This means that every chapter is a complete story and can stand on its own, and, at the same time, the book has themes and developments that play out across the span of the novel,” Theis said. “As well, Sylvie changes and matures as she ages from 19 to 59—which is not to say she overcomes her character flaws, but, in at least some of the lives I’ve imagined for her, she learns to handle those flaws in more grown-up ways.”

Theis, who was born and raised in Saskatchewan and has lived most of her life in the province, won two Saskatchewan Book Awards for her first novel, Sightlines. Some of the individual chapters of If Sylvie Had Nine Lives have already been published as individual stories, including in the magazine American Short Fiction, where the book’s second chapter won the magazine’s story contest.

On Sept. 17, it was announced that Theis is one of 35 writers from across Canada longlisted for the 2020 CBC Nonfiction Prize.

The College of Arts and Science recently caught up with Theis to talk about her new novel and her writing process. The interview below has been edited for length.

College of Arts and Science: What inspired you to write If Sylvie Had Nine Lives?

Leona Theis: I was in the midst writing a different novel and thinking about how each time I made a decision about my protagonist’s life, a host of alternate plot lines vanished. I was sorry to see them go. There’s a quote I love from the writer Gail Godwin where she likens writers’ choices to doing little murders in her workroom every day. I was tired of committing those little murders, and I decided that just once I would write a book where I left at least a few of those other avenues open. I gave my character nine parallel lives that happen all at the same time.

The thematic inspirations, as usual, emerged organically during the course of the writing. I think I’d completed an entire first draft before I realized the book was, in an important way, about insatiability—the very common human desire to want more, more, more. In granting my character nine lives, I was indulging my own insatiability as a writer. In a strange case of spirit following form, Sylvie became insatiable on the page. I saw that a stream of unmet, unstaunched want ran over, or under, the surface in every one of her lives as I’d imagined them. I’d wanted everything for her; now she wanted everything. That realization about her character was an important guide for doing later revisions.

A&S: What was the writing process like? In particular, what was it like to weave those nine lives into one book?

LT: Those several lives make a complicated braid. Each life shares some history with other lives before veering off on its own. In order to have some control over the process, to prevent it from unravelling, I set a couple of parameters. We meet Sylvie when she’s 19 and about to make a choice. I gave her three different responses to that choice, each of which took her in a different direction. From each of those, three other pathways branched off sooner or later, for a total of nine.

Another parameter was that Sylvie would age by five years each time we join her in a new life. By the time the book closes, in 2014, she’s 59. These two decisions about structure helped me find a path through the book rather than let the unusual concept it’s based on overwhelm me. I scribbled a chart that showed the nine paths and noted the year for each time I’d visit her, posted it on the wall, and added ideas to it over time. I also kept a “vital statistics” document with dates of marriages and divorces, ages of children, and dates of deaths.

My publisher works with a wonderful designer, Natalie Olsen, who created a series of maps that help readers orient themselves as to which of Sylvie’s lives they’re about to enter. These function something like the guide you might come across in a network of hiking trails or a cross-country ski park—a map of the area with a big dot that says, “You are here.” They even include faint traces that stand in for phantom lives. I like to imagine these phantom lives unfurling in yet more fictional universes, even as Sylvie inhabits the nine that made it onto the pages of the book.

A&S: What is the research process like for your books? For example, you collaborated with USask scientist and alumnus Dr. John Pomeroy  (BSC’83, PHD’88) for part of your new book.

LT: For each of Sylvie’s lives, I wanted to connect with the spirit of the year it was set in—1974, 1979, 1984, etc. To do this I watched news clips, movie clips, and music videos. For example, the OJ Simpson chase plays a role, real and metaphorical, in one chapter. I watched and rewatched videos of the chase to remind me of the public mood that day and the way people were so caught up in the chase itself, in a bizarre, voyeuristic way. Another form of “research” consisted of sifting in a concentrated way through my own memories associated with specific years.

In some of her lives, Sylvie seems slow to grow into the responsibilities of adulthood. I wanted her, in later chapters, to take a more mature approach and to make connections between her own choices and the larger world. When we encounter her in the final chapter, she’s a grandparent concerned about environmental degradation and, wanting to play some part for the better, she returns to school as a grad student. She earns a place working on a research project modelled on Dr. Pomeroy’s work at Fisera Ridge in Kananaskis Country, a region that’s undergoing rapid climate warming and changes to snowfall patterns. I was somewhat familiar with the project, having seen a few articles and heard Dr. Pomeroy interviewed. It’s important research, and it seemed a good fit for Sylvie. Before I contacted Dr. Pomeroy I reviewed everything I could find online about the research stations in the mountains, and what it takes to get to those sites. I watched hikers’ films of the area taken in all seasons. That was a good beginning, but I wasn’t confident of the details.

A&S: How did Dr. Pomeroy, a professor in the Department of Geography and Planning, assist you with your new novel?

LT: It was important to me that the details of research procedures and setting be authentic, and accurate for the year 2014. I arranged an introduction over email through a mutual connection, and Dr. Pomeroy said he’d be happy to help. I sent him five pages of excerpts from the manuscript, passages that had to do with everything from gear and clothing to procedures to the nature of the data gathered, and why. He was generous with his time and comments, helping me to understand the hours-long trek up to a research station, what it’s like to break trail through deep snow, the nature of mountain snowshoes, the function of the electronic datalogger, and other details.

A&S: Your website, leonatheis.com, describes you as a “late-comer to writing.” What do you mean by that?

LT: Many writers know from an early age that they want to write. In their early twenties, or even their teens, they send poems and stories off to magazines and newspapers. I was 37, with a background as a librarian and then as a program developer in adult education, when I graduated with a Master of Continuing Education (degree) just in time to move to Australia for a year for my husband’s work, and be mother to a toddler. For the first time in many years I was neither a full-time grad student nor a full-time employee. In the two or three years prior, I’d been through several profound changes in my life circumstances, and I found myself scribbling in a notebook to fill the open spaces created by not being employed full-time. For some reason, I wasn’t writing about the big changes in my life; I was inventing stories. My long apprenticeship in learning to write fiction—my first published book didn’t appear until I was 45—meant having to unlearn the academic precision I’d learned as a grad student and replace it with emotional precision.

A&S: You have served as a mentor for the College of Arts and Science’s MFA in Writing program. What was that mentorship experience like?

LT: I’ve been a mentor to five graduate students in the MFA in Writing program, most recently in 2019. It’s striking to see the variety of skills and sensibilities new writers bring to their work. A student might have a terrific imagination but less of an ear for language. Another will have a very fine style that lends their sentences an ethereal beauty, yet they’ll struggle to discover what they want to say. So each student benefits from the mentorship in their own way. I try to meet every student on their own ground. My job as mentor is to help them develop into the writer they want to be—to offer them ways to think about what they need to say and how they want to say it.

A&S: You are an alumna of the College of Arts and Science. How has your educational background shaped who you are today?

LT: I entered university a few years older than most of my classmates, eager to take advantage of what was on offer. My arts degree opened my mind to subject areas I wouldn’t have studied on my own. Beyond my chosen major of sociology, I cast a wide net, taking classes in psychology, social psychology, mathematics, anthropology, economics, statistics, research methods—all things I draw on, consciously or not, not only when I sit down to write, but when I try to make sense of the world—a lifelong project. I left university with a curiosity I still apply to things I didn’t learn in a formal setting but pursue on my own. I had some wonderful profs who helped me learn how to think, how to write, how to love learning. 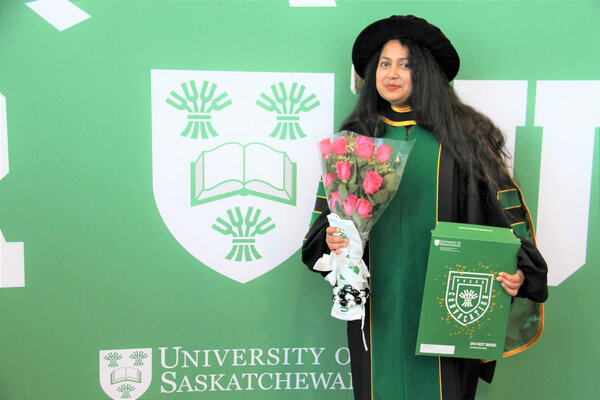