How do you start a literary magazine?

According to MFA in Writing student Ian Canon, “you just – make one”.

With the goal of bridging the gap between high-brow literature and highly consumable literature, Canon feels the magazine is a worthy pursuit, despite juggling his MFA in Writing work and a paying job besides. He hopes that Quagmire will run a little differently from other literary magazines on the market, a magazine that puts writers first.

But what does a writer-first magazine look like? Canon is hoping Quagmire can be a publication where partnerships are formed between the magazine and its writers, where writers are given as much exposure as possible when their stories are published, and in addition to an initial payment, a revenue share where sales driven by writers will help benefit them financially. He has also launched a fiction contest with a total of $800 in prizes. As the magazine develops and resources grows, Canon hopes to expand what they can offer writers, to fulfill their writer-first promise to a fuller extent.

It also turns out, that of the people Canon surveyed, most of them don’t read short stories due to the difficulty in finding them. Canon has big dreams for Quagmire and says he would love for it to become a “Netflix of fiction” where readers can find an unlimited list of stories and help match readers to the types of stories they like to read. And while he’s dreaming, Canon would also love to expand to offering classes and scholarships to help others achieve their literary dreams.

With a background in e-commerce marketing, Canon is not unfamiliar with building new brands and believes that a sustainable magazine model can be found in the publishing world. Quagmire is currently moving forward with volunteer efforts on the part of Canon, his readers, and fellow MFA in Writing student, Callum Wilson, but Canon hopes to make the first official magazine hire this summer. As the summer progresses, Canon and his team will continue to build Quagmire, one step at a time.

Quagmire is currently accepting fictional short story submissions from global applicants with plans to expand to poetry, creative non-fiction, and book reviews. Readers can also look forward to a podcast coming this summer – “Learning from Great Writers” – that examines fictional works and what makes them great. And while it’s not active yet, Canon also hopes to partner the magazine with visual artists, with their work featured alongside the publications of the month.

The magazine is anticipating its first print run later this year and has already started posting weekly short stories available at https://www.quagmiremagazine.com/. If you’re looking to get a taste of short stories from an emerging Canadian literary magazine, be sure to check out Quagmire, a magazine where pigs can fly and the publication puts writers first!

If you’re interested in submitting to the Inaugural Quagmire Fiction Contest, make sure to get your submissions in before July 1, 2022! (Contest details here: https://www.quagmiremagazine.com/contest) 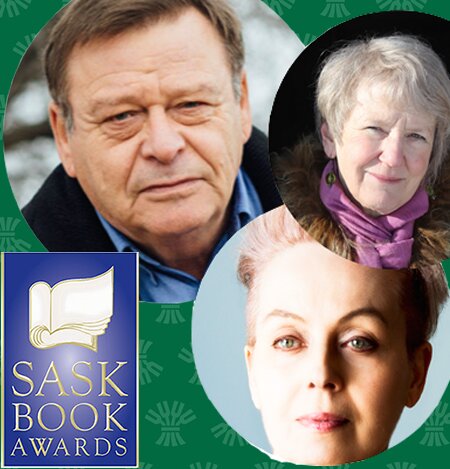 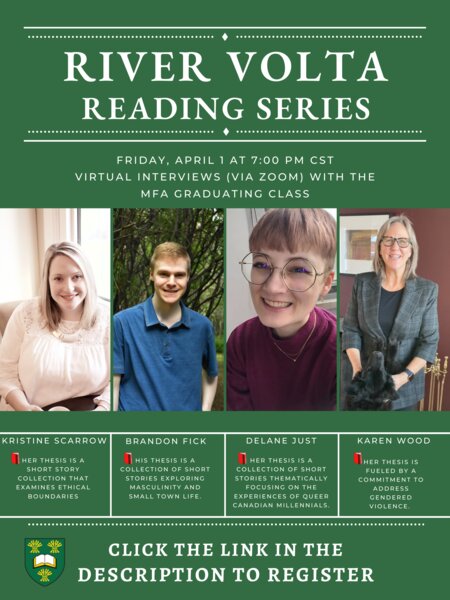 Join the River Volta Series and hear from this year's MFA in Writing graduates! 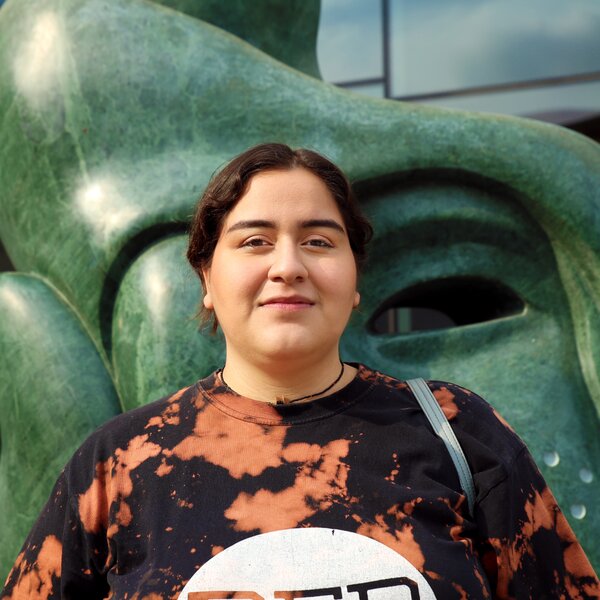 MFA in Writing student Özten Shebahkeget speaks about her Cinderella story of getting into the CBC Manitoba Pathways program and the experiences she has had in the program thus far.