A University of Saskatchewan (USask) professor is showcasing her artistic research in Greece this month.

Through her exhibition Passages, Allyson Glenn, a faculty member in the College of Arts and Science’s Department of Art and Art History, delves into the past to ask what the ancient gods would do in modern times.

Glenn explores how their stories relate to people and to land, and how Greek tales might inform contemporary issues around land, people and sustainability. Building on previous projects in which she investigated the sustainability of oil, water and migration, Glenn uses myth as a tool in Passages “to explore the complex intertwining between ancient stories, archetypes and current events.”

The series is made up of 10 paintings and 15 drawings that are featured in two solo exhibitions in Greece, curated by Dr. Caterina Pizanias (PhD). The first show, hosted by the Tinos Cultural Foundation on the island of Tinos, opened on June 13 and runs until July 8. The second will be held at Vorres Museum in Athens from June 24 to July 14.

The project is supported by the Global Community Service Fund at USask, the Canada Council for the Arts and the Embassy of Canada to Greece.

Glenn said it is an honour to exhibit the project “in such prestigious institutions,” noting the two shows complement each other.

“Tinos has a particularly rich artistic history in Greece—the island is considered the birthplace of visual arts,” said Glenn, a professor of painting and drawing at USask.

“Many descendants of the Greek Venetians—the island was colonized in the 13th century—could afford to study abroad in Italy. Many returned, and the first school of fine arts was established on Tinos Island. Tinos has also had a continuous history with antiquity; many gods are associated with the island.

“The second exhibition pays homage to the origin of the project: the Vorres Museum. Inspired directly by the sculptures in the Vorres gardens, exhibiting the pieces in situ makes sense. The architectural gardens were developed by Ian Vorres, a Greek Canadian with a love of Greek art and an architect who established the museum. The museum continues his commitment to maintain a Canadian connection through the annual Canadian artist-in-residence program.”

Glenn was the Canadian artist-in-residence at the Vorres Museum in 2016. When she returned to Canada, she studied Greek mythology and decided that she “wanted to see how far” she could take the experience. She began with a series of drawing studies, many of which are included in the upcoming Vorres Museum exhibition.

“Last year, I went to London and visited the Rodin exhibit—sculptures inspired by Greek antiquity at the British Museum,” Glenn added. “The timing was serendipitous and it solidified my intent and curiosity to look back into antiquity.”

Glenn has previously shown her work in Greece. In 2017, during Canada’s 150th anniversary, she was part of a three-person exhibition that was organized at the Tinos Cultural Foundation to celebrate Canada’s relationship with Greece.

Glenn will be in Greece for six weeks as a result of the Passages project. College of Arts and Science undergraduate student Tia Furstenberg will assist Glenn with research, logistics and communications. It is also expected that a short paper examining how art could address the United Nations Sustainable Development Goals will result from the exhibitions.

“Tia Furstenberg, as my studio assistant for the past three years, has contributed significantly to the development of the project Passages. She agreed to support the initiative by participating as a collaborator in the activities overseas,” said Glenn.

“In a week, she will travel to Greece to attend the Vorres opening reception, document activities, assist with the de-installation of exhibitions and contribute to a research paper that will be developed later in Canada. I think she is excited about the unique opportunity to travel to Greece and learn more about conducting international exhibitions.”

Glenn said viewers’ responses to her work have been “excellent.” The opening reception in Tinos and the curatorial walk-through was attended by Ambassador of Canada to Greece Mark Allen, the mayor of Tinos and other dignitaries.

“It is our hope that the project engages the local and artistic communities, as well as the numerous tourists in Tinos and Athens, and facilitates stronger partnerships, shared knowledge, and mutual learning between international and Canadian institutions and peoples,” said Glenn.

“By revisiting ancient myths and creating dialogue on sustainability and other topics, we hope that that the exhibitions can help foster learning from antiquity and from each other.” 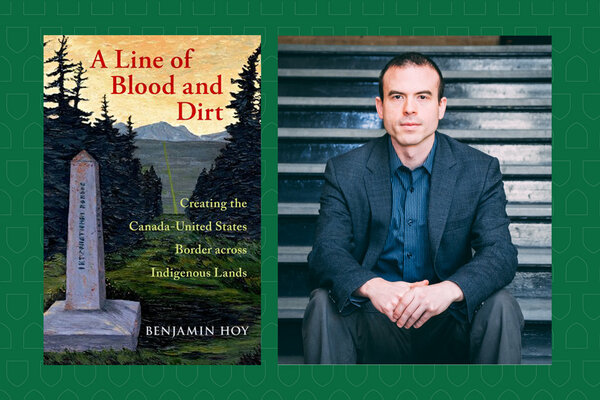