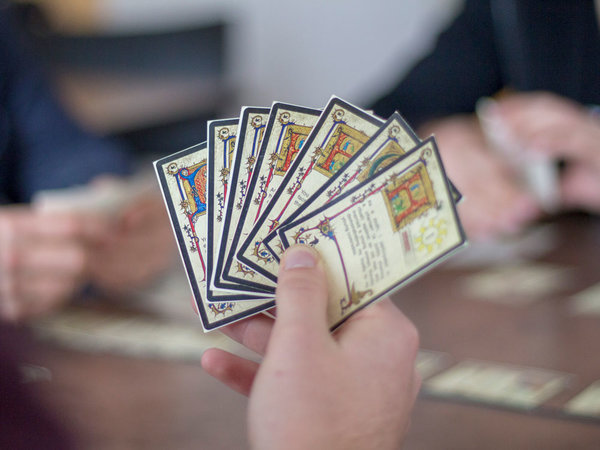 Virtus is a card game about male honour in the Middle Ages.

When students signed up for a senior history course with Dr. Frank Klaassen (PhD) last fall, they didn’t know what they were getting into.

“I was looking to do something a little bit different,” said Klaassen, a University of Saskatchewan (USask) Department of History faculty member who has taught a College of Arts and Science course on masculinity in the Middle Ages for several years.

In the first week of his 2017 course, Klaassen surprised his students with a proposal: would they like to design a board game as a class project?

As one of the members of the class with a passion for board games, Hase immediately saw the potential of a game as a learning and teaching tool.

“It’s a way that a lot of people don’t often approach history—thinking about history in a non-narrative way, thinking about systems,” said Hase.

Like a society, a board game is a system of rules, resources and competing interests. What better way to understand medieval masculinity than through a game?

“It gives a kind of immediacy to the world of loss and gaining of honour, which is very personal. And the game makes it personal,” said Klaassen.

Not everyone in the class shared Hase’s gaming background, but the 13 students poured themselves into the project. By the end of the term, they had a functional game titled Virtus—Latin for manliness. Professionally printed copies of Virtus recently went up for sale through USask’s Museum of Antiquities, with advance orders costing $40.

Inspired by commercial titles such as Guillotine, Virtus is a card game about male honour in the Middle Ages.

Players take on the roles of medieval peasants, clerics and other figures who accumulate honour while casting dishonour on their opponents. Actions are represented by cards inscribed with historical scenarios, ranging from “I have grown a majestic beard” to “You were caught in a scheme to conjure demons.”

Every scenario in the game is drawn from historical sources consulted by the students.

“People would go into readings looking for specific situations or pieces that they wouldn’t normally look for. It made you look at history in a different way,” said honours history student Jonah Egan-Pimblett.

Members of the class contributed to the game according to their interests. Some, like Hase and Egan-Pimblett, focused on designing rules and mechanics. Others with a talent for art created illustrations for the game cards in the style of a medieval manuscript. 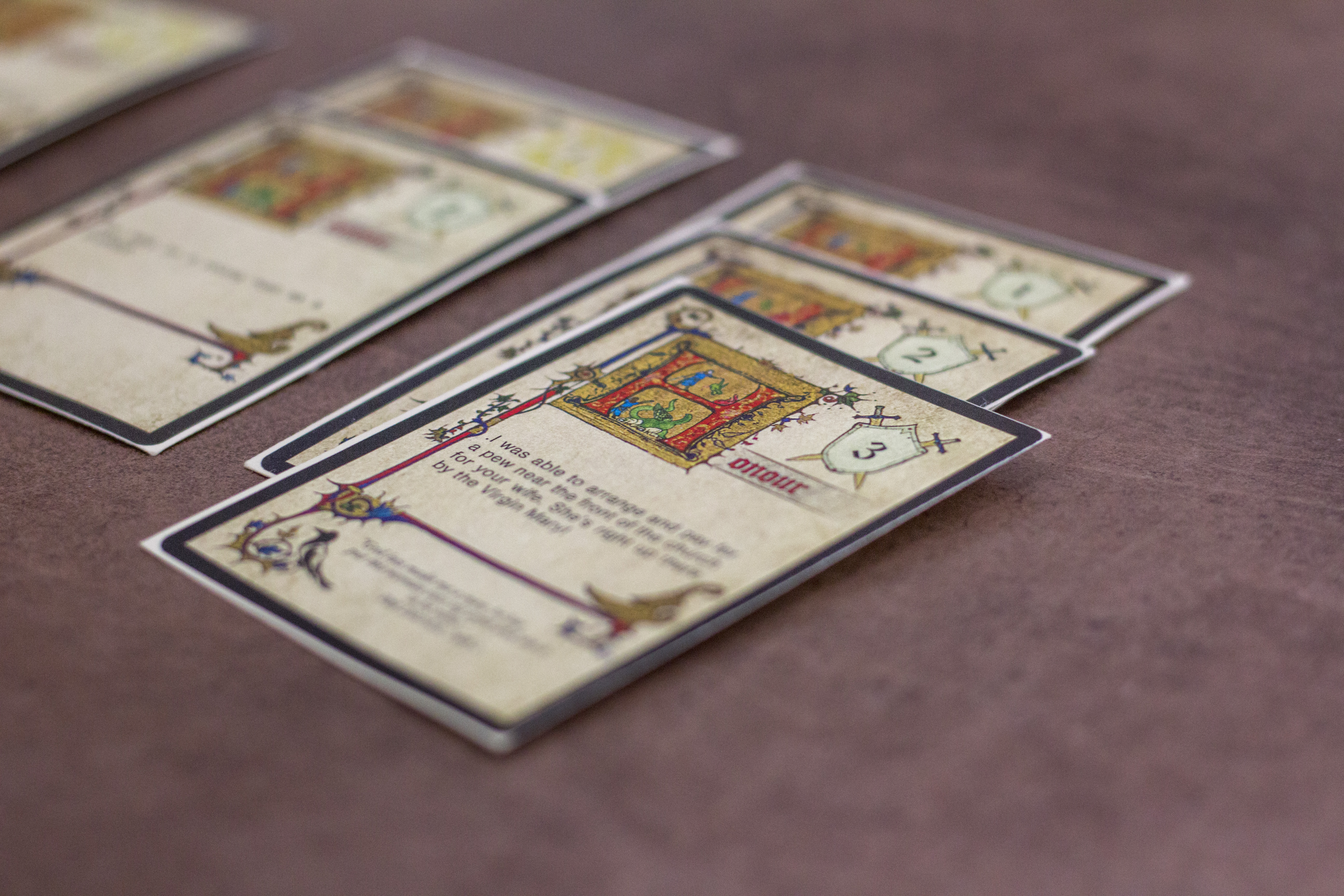 “Often, group projects are messy and don’t feel good at the end. This one had its moments of messiness, but there was actually a product at the end—a workable game. It was really rewarding,” said Egan-Pimblett.

When the course was finished, Klaassen successfully applied for funding from the Gwenna Moss Centre for Teaching and Learning to refine the game and print a batch of copies for use as teaching tools in future courses. A second batch of copies is being sold to the public, with profits going to the USask Museum of Antiquities.

Hase and Egan-Pimblett had a chance to show off the game to friends during playtesting sessions this summer. They said they look forward to more opportunities to play with non-historians once their copies arrive.

“It leads to interesting conversations about history. And it’s just fun to beat your friends,” said Hase.

Klaassen hopes to take his classroom experiment to the next level in an upcoming term. He and fellow history department faculty member Dr. Benjamin Hoy (PhD)—who also uses board games as teaching tools—are developing a new senior course built around creating games as a way of studying history. 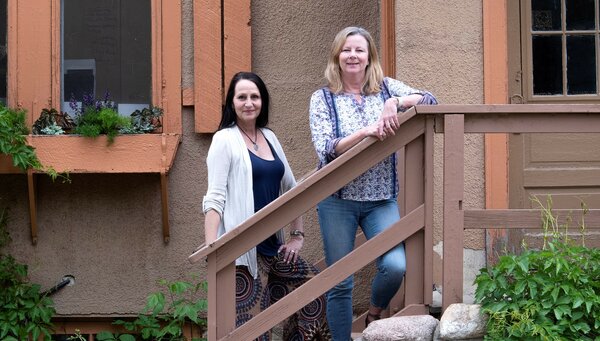 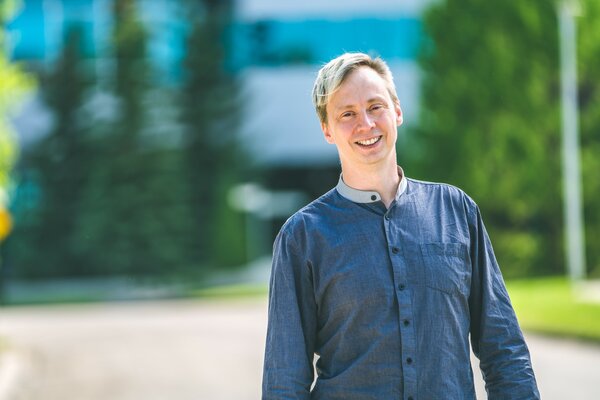 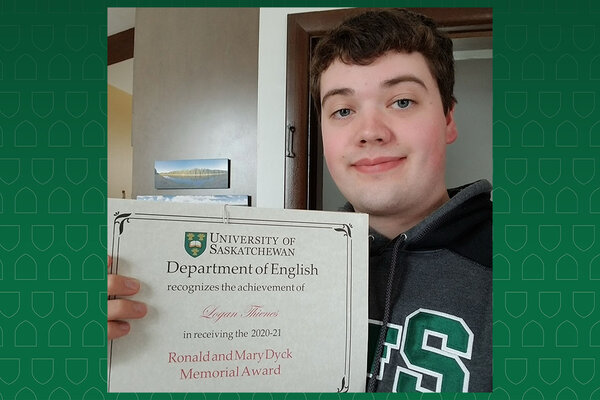 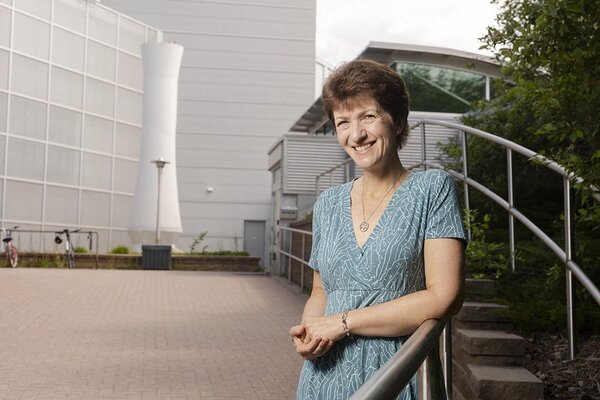