A small art installation located at the top of the Arts Building ramp is generating a lot of interest, discussion and questions from viewers and passersby.

The women’s and gender studies class project, Sorting Party, was done in collaboration with Canadian artist Mindy Yan Miller, who has worked extensively with used clothing in her art practice.

Thirty-five students from the WGST 324.3 class—which is entitled Rebels With A Cause: Feminism and the Visual Arts—sorted through 50 bags of used clothing from Village Green, a local thrift shop. For two hours they sorted and piled the clothes, categorizing the various pieces based on country of origin. The clothing piles are now stacked next to the names of the countries in which they were produced, and the piles will remain on display until the evening of March 6.

What emerges from the socially-engaged art project is a commentary about the so-called fast-fashion industry, which has been criticized for its environmental, social and economic consequences.

A Quora article, republished by Forbes in July 2017 and titled Fast Fashion is a Disaster for Women and the Environment, noted that fast fashion disempowers women—who make most of the clothes—by trapping them in poverty. The article also noted that “the largely unregulated churn and burn of fast fashion is putting too much pressure on our planet,” with nearly 13 million tons of clothing being sent to U.S. landfills each year.

Course instructor Joan Borsa said many people are responding to the art installation and she has learned a lot by adding the Sorting Party project to the class.

The interdisciplinary project enables students to “consider clothing as a type of material text and archive, whose layered history conveys information about the garment industry, women’s labour, our relationship to clothing and the inequities that continue to be embedded in our own bargains,” said Borsa, a College of Arts & Science faculty member in women’s and gender studies and art and art history.

Borsa said the project explores the dynamics involved in the over-production of inexpensive clothing and the growing amount of discarded clothing that is flooding thrift stores such as Value Village and Village Green.

“This small art installation functions as a hands-on research project, a reflexive exercise symbolically connecting students in Saskatoon to the globalization of the fashion and garment industries, to issues of sustainability and to the many underpaid textile labourers whose lives and struggles continue to be obscured in cycles of excess consumption, profit and waste,” she said.

Fourth-year psychology student Shirley Cuschieri, one of the students in Borsa’s class, said while everyone has a relationship with clothing, few people stop to think about the implications of the clothes they buy, the prices they pay, where the items are made and how much the workers are paid to make them.

When Yan Miller, the artist behind Sorting Party, introduced her work to the students, she made a comment about the smell and the residue on the used clothing and that there were stories and lives behind the clothes, said Cuschieri.

“It made me pause now and then to think about the roles these clothes played at one time in their life cycle,” Cuschieri said.

“Clothing is one type of mask we use, but there are millions of tonnes being discarded every day. It’s almost as if we can’t wait to get rid of most of our clothes, to be someone else.”

Yan Miller said she first started working with masses of used clothes in 1988 in response to her own experience of having run a production textile studio. She wanted to evoke the labour of the people who made, wore and took care of the clothing.

Although so much of the clothing produced in the world today ends up in the garbage dump, Yan Miller said she feels drawn to the items and finds it difficult “to treat them like they’re nothing.”

“My studio was full of piles of clothing that I would sort again and again according to the type of garment and who it was made for,” she said.

“Sometimes I organized the clothing according to the fibre it was made from and other times by size or colour. All this handling—touching—enabled me to get to know each individual garment and was the starting point in my process of developing installation works.”

In the past, many pieces of clothing were produced at home and then passed down through the generations. Clothing was also used to mark special occasions. Yan Miller believes our current “throw-away” culture is affecting our relationships with ourselves and the world.

Cuschieri hopes observers of the Sorting Party clothing piles will stop and wonder why there are so many items from one country and hardly any, or none, from others. She also wants people to think about their own relationships with clothing and their own attitudes about the disposability of most things we buy.

“There are many things one can take away; that’s why I love this project so much.”

Different iterations of Sorting Party have been staged in London, Ont., and in Halifax, N.S., and the project will be heading to Montreal in March. 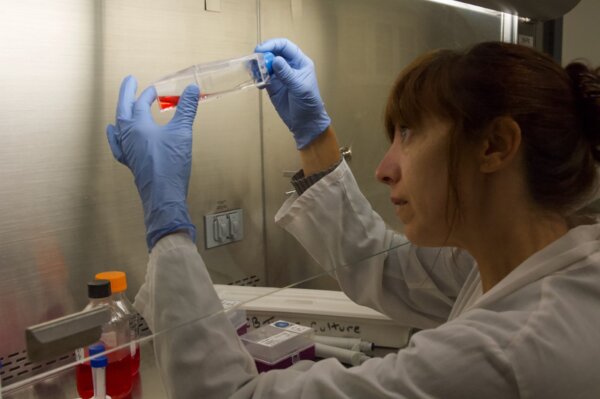 In this Charles Mee play, all of America becomes an amusement park