In the shallow waters of a sea in northern China 500 million years ago, a dazzling new array of creatures was swimming: part of an explosion of animal diversity that would forever change the course of life on Earth.

Quietly, in the seabed beneath them, another revolution was underway.

For perhaps the first time, tiny creatures were pushing their way through the sediment to create complex mazes of burrows, slowly but profoundly altering the environment around them. Evidence of these early “ecosystem engineers” was published in the April issue of Scientific Reports by researchers from the University of Saskatchewan (U of S) College of Arts & Science and Henan Polytechnic University in China.

The floors of Earth’s ancient oceans looked very different than they do today, said Luis Buatois, a professorin the U of S Department of Geological Sciences and one of the study’s authors. Sediment lay mostly undisturbed where it fell, and few living things larger than bacteria could survive in the dense, oxygen-deprived seabed.

But sometime in the early Cambrian period, slightly over 500 million years ago, this began to change. Animals gained the ability to bioturbate—to move through the sediment and rework it. Today, the ocean floors are being constantly churned and renewed by bioturbators.

Examining carbonate rocks formed from an ancient seabed in the Zhushadong Formation in China’s Henan Province, the joint Canadian/Chinese research team discovered fossilized branching burrows left by Cambrian creatures: the earliest evidence ever found of this kind of burrow, and a snapshot of an important turning point in the evolution of life.

Burrow fossils of this age uncovered before now, explained Buatois, have shown only shallow horizontal trails that would not have moved much sediment around.

“But here we see animals that were really able to go down into the sediment—sometimes they went more than 30 cm, which is a lot—and they were able to produce these branching systems. So in terms of locomotion and behaviour, this was a much more advanced type of creature than the ones we have seen before.”

These creatures, likely a type of worm, were beginning to transform the undersea landscape. Their movements unlocked buried nutrients and loosened the sediment, allowing water and oxygen to seep much deeper into the seabed.

Like modern earthworms whose activity in the soil promotes the growth of plants, these early bioturbators would have created new habitats for other organisms. Forms of life that had been adapted to the old undersea landscape were evicted and lost to time, while new creatures—ones more similar to the sea life that we see today—were able to thrive.

The research team’s work reveals a crucial early step in the “burrowing revolution” that followed, in which multitudes of new lifeforms evolved to penetrate the seabed for food or protection.

“What we expect to see in a case like this is a kind of feedback loop,” said Buatois. “The activity of these animals would have resulted in other animals exploiting the resources they generated, so the final product was one of increased complexity.”

Previous research has indicated that bioturbation may have been one of the key factors that drove what is known as the Cambrian explosion, the sudden and rapid growth in animal diversity that occurred during the Cambrian period. 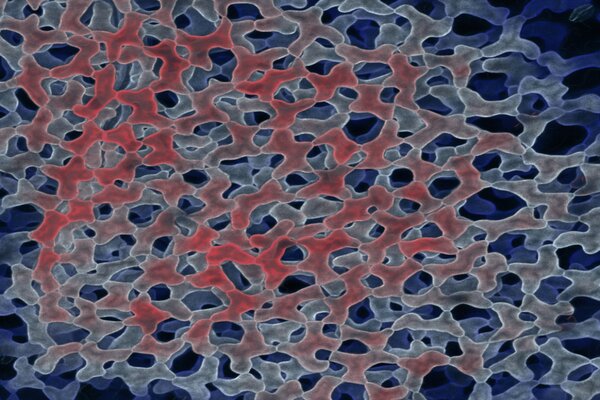 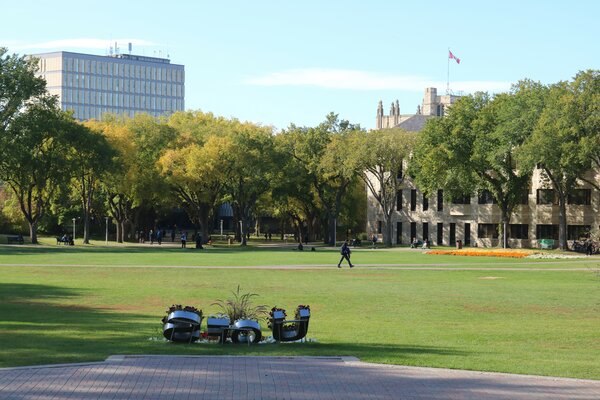 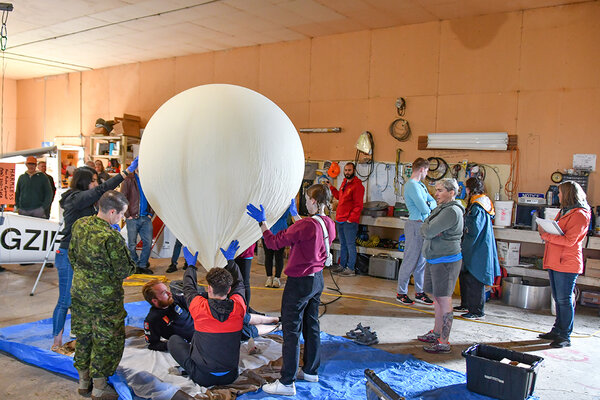 A group of University of Saskatchewan students were part of an international team that launched a balloon 32.2 kilometres into near-space, from the Cudworth Airport area outside of Saskatoon