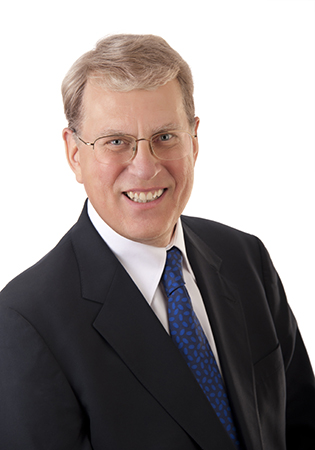 Robert Kerrich, a professor in the Department of Geological Sciences and the George J. McLeod Chair in Geology, died of cancer on April 17, 2013, in Sooke, B.C.

Professor Kerrich joined the Department of Geological Sciences in 1987 as the first holder of the George J. McLeod Chair in Geology. He earned his Master’s (1972) and PhD (1975) degrees at Imperial College, London, UK. He was awarded an Earned Doctor of Science from the University of Saskatchewan in 1996.

Kerrich was also a visiting professor at the Australian National University, Canberra and the University of Western Australia, Perth. A widely-published and respected author, he mentored more than 60 graduate students and postdocs in Canada and internationally. He received the University of Saskatchewan’s Distinguished Researcher Award in 2000 and the USSU Teaching Excellence Award in 2003.

Kerrich contributed significantly to the understanding of how the Earth’s crust evolved, work which has been important to the mining industry. He also applied his understanding of the earth processes to environmental science, investigating problems in fields as diverse as agricultural and health sciences. His work is internationally recognized in four fields of geology: ore deposits, stable-isotope geochemistry, fracture mechanics and geodynamics.

Kerrich provided the first clear evidence that the Earth’s ancient oceanic and continental crust avalanched 3,000 kilometres to the Earth’s core and returned to the surface as volcanoes. He also developed what is now widely regarded as the standard model of how gold deposits are formed—by fluids circulating through ancient mountain belts in areas where plates of the Earth’s crust once collided.

Kerrich was instrumental in establishing at the U of S one of Canada's finest geochemical analytical facilities. This highly specialized equipment was used by faculty and students on campus, as well as at other universities and businesses nationally and internationally to undertake significant scientific research.

As a professor and mentor, Kerrich’s influence reaches beyond the U of S campus. His outstanding teams of graduate students and postdoctoral fellows have forged their own distinguished careers—as reflected in over 260 scientific publications—and have elicited over $30 million in grants to the University of Saskatchewan. In 2011, Rui Feng, a former PhD student, donated $1.1 million to the U of S to further opportunities for students. At the announcement of his donation, Feng paid tribute to his mentor, Dr. Robert Kerrich.

As the George J. McLeod Chair, he worked on testing three competing hypotheses for the origin of Earth’s atmosphere and oceans. With his specialized laboratory, he measured rocks of a variety of ages for nitrogen content and nitrogen isotopes to provide a clearer window to the early history of planet Earth when the atmosphere and oceans that sustain life were first formed.

Nominated by his peers across Canada for his scientific expertise, enthusiastic research in diverse Earth sciences and commitment to generating excitement about geology among students, Kerrich received the prestigious Duncan Derry Medal by the Geological Association of Canada’s Mineral Deposits Division for his contributions to the study of mineral deposits that bolster the Canadian economy.

Other notable honours include the Penrose Gold Medal awarded by the Society of Economic Geologists (SEG) in 2012; Killam Research Fellowship (2003 and 2004); the Willett G. Miller Medal of the Royal Society of Canada (1999), awarded once every two years for outstanding research in the earth sciences; Fellow of the Royal Society of Canada (1992, the youngest recipient of this honour); and the W.H. Gross Medal of the Geological Association of Canada (1988), awarded annually to a young geologist who has made outstanding contributions to the field of economic geology in Canada. He has also received the NSERC Steacie Fellowship. He  served on NSERC grant selection committees and on the Scientific Review Group of the Federal Environmental Assessment Review Office (FEARO) that reviewed Canada’s plans for nuclear waste management.